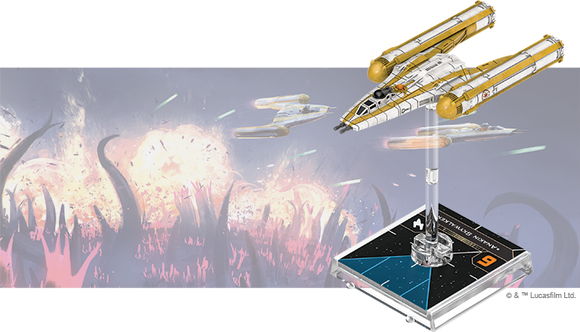 The BTL-B Y-wing was a model of Y-wing starfighter used by the Galactic Republic during the Clone Wars. It was both a starfighter and a bomber, and it was an early predecessor to the BTL-A4 Y-wing assault starfighter/bomber flown by the Alliance to Restore the Republic decades later in the Galactic Civil War. read more

Retrieved from "https://xwing-miniatures-second-edition.fandom.com/wiki/BTL-B_Y-Wing?oldid=16236"
Community content is available under CC-BY-SA unless otherwise noted.