Luke Skywalker was a Force-sensitive human male Jedi Master who, along with his twin sister, Princess Leia Organa, fought against the rule of the Galactic Empire during the Galactic Civil War. Skywalker became apprenticed to his father's former mentor, Obi-Wan Kenobi, in order to learn the ways of the Force and become a Jedi like his father before him. Aided by the smuggler Han Solo, Skywalker rescued Organa but lost his master who died while confronting the Sith Lord Darth Vader. In the subsequent Battle of Yavin, Skywalker succeeded in destroying the Empire's planet-killing superweapon, the Death Star, and thereby saved the Alliance to Restore the Republic from destruction. read more

After you become the defender (before dice are rolled), you may recover 1 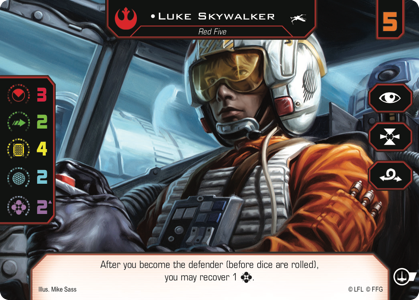 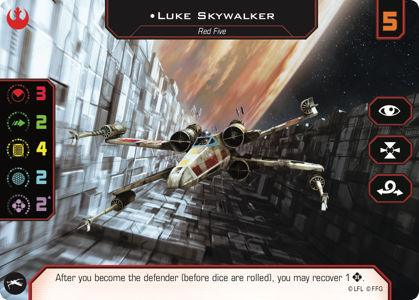