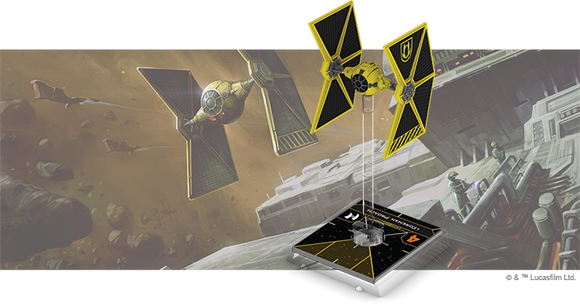 TIE/mg Mining Guild TIE starfighters, also known as Mining Guild TIE fighters, were modified TIE/ln space superiority starfighters that the Mining Guild was allowed to use due to its association with the Galactic Empire. In order to make those fighters clearly distinct from the ones in direct service of the Empire, they had a yellow color scheme. They also had a notch cut in their stabilizers, giving them only eight solar collectors instead of twelve, which gave them improved visibility, but greatly diminished their combat capabilities and maneuverability. read more

Retrieved from "https://xwing-miniatures-second-edition.fandom.com/wiki/Modified_TIE/ln_Fighter?oldid=15498"
Community content is available under CC-BY-SA unless otherwise noted.