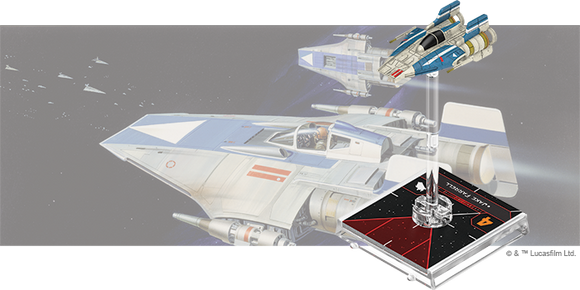 The RZ-1 A-wing interceptor, also known as the RZ-1 A-wing starfighter, was a wedge-shaped starfighter manufactured by Kuat Systems Engineering, which took design inspiration from the Republic starfighters of the Clone Wars. Based on the original R-22 prototype, the early rebel movement adopted the fighter against the Galactic Empire, letting these so-called RZ-1s see action during the Age of the Empire and the Galactic Civil War. The updated RZ-2 variant would replace the RZ-1 after the Battle of Endor, and would see use thirty years later during the conflict between the Resistance and the First Order. read more

Retrieved from "https://xwing-miniatures-second-edition.fandom.com/wiki/RZ-1_A-Wing?oldid=15769"
Community content is available under CC-BY-SA unless otherwise noted.