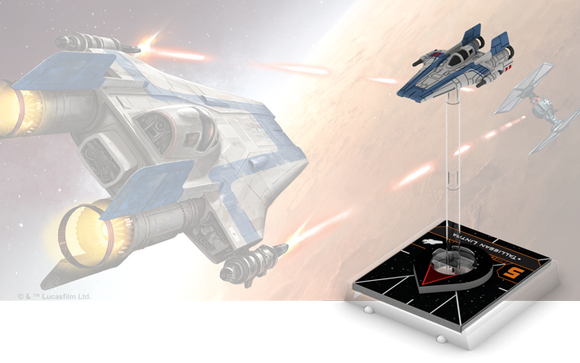 The RZ-2 A-wing starfighter, also known as the RZ-2 A-wing interceptor, was a wedge-shaped starfighter manufactured by Kuat Systems Engineering after the success of the former RZ-1 A-wing interceptor used by the Alliance during the Galactic Civil War. The RZ-2 incorporated and standardized years of RZ-1 field modifications by the Rebellion, along with making the chassis slimmer and longer to yield even more speed. read more

Retrieved from "https://xwing-miniatures-second-edition.fandom.com/wiki/RZ-2_A-Wing?oldid=21040"
Community content is available under CC-BY-SA unless otherwise noted.