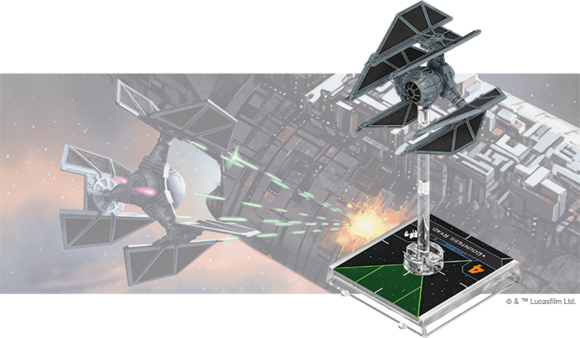 The TIE/D Defender, commonly known as the TIE Defender, was an advanced experimental TIE line starfighter manufactured by Sienar Fleet Systems for the Imperial Navy of the Galactic Empire. Unlike previous TIE models, the starfighter featured a hyperdrive as well as deflector shields, and was easily recognized by its three wings mounted around an aft section of the cockpit. These specifications made the fighter much more difficult to destroy than standard TIE fighters. read more

Retrieved from "https://xwing-miniatures-second-edition.fandom.com/wiki/TIE/D_Defender?oldid=15765"
Community content is available under CC-BY-SA unless otherwise noted.