View source
watch 02:58
No Man's Sky Update - The Loop
Do you like this video?
Play Sound
Languages : English Français 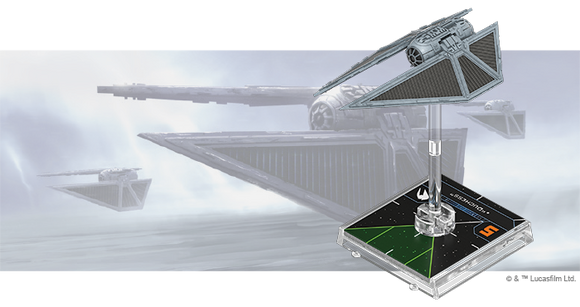 The TIE/sk x1 experimental air superiority fighter, also known as the TIE/sk atmospheric fighter or simply the TIE striker, was a streamlined variant of the TIE line starfighters used by the Galactic Empire, most notably during the Battle of Scarif. Specialized for in-atmosphere missions, the atmospheric fighter was identifiable by its horizontal high-speed wings and large central pod. Largely because of its specialization for such missions, it was one of the few TIE models to be used by the Imperial Army as well as the Imperial Navy. read more

Q: Do TIE Strikers (and Reapers) skip their perform action step if they overlap an asteroid or another ship with their Aileron’s ability maneuver?

A: No. It is only during the Execute Maneuver step that a ship skips its Perform Action step for overlapping a ship or obstacle.