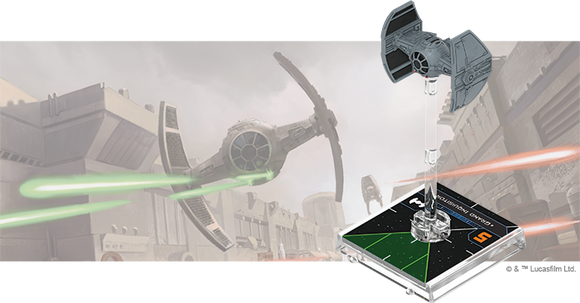 The TIE Advanced v1 was an experimental TIE fighter model of the Imperial Navy. It was heavily based off Republic Sienar Systems' own Scimitar. The starfighter was fitted with basic shields, and unlike the TIE Advanced x1, the v1's S-foils could fold in around the cockpit when not in flight, conserving hangar space. Unusual for a TIE model, it had solar panels only on the inside surface of the wings with armor on the outside surfaces in order to make it more resistant to lateral enemy fire. This resulted in low power output from the panels, requiring the engines to run on fuel instead of the solar reactor, which only powered weapons, sensors, and auxiliary systems. The TIE Advanced v1 was armed with dual chin mounted laser cannons, stronger than those of the TIE/ln space superiority starfighter, and a projectile launcher, used to fire tracking devices like the XX-23 S-thread tracker. Unlike most other TIE models, the v1 was outfitted with a hyperdrive and basic shields. read more

Retrieved from "https://xwing-miniatures-second-edition.fandom.com/wiki/TIE_Advanced_v1?oldid=18476"
Community content is available under CC-BY-SA unless otherwise noted.