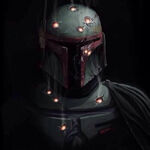 Bureaucrat Admin
286 Edits since joining this wiki
May 7, 2018
0 Discussion posts

I play X-Wing regularly, at a local store every Wednesday, and go to tournaments every few months. I will be attending the Uk System Open in Februar, but I don’t think I will be able to make it to the Grand Championship in June, as it will be during my exams. I have been playing since first edition and I fly both the Scum and Separatist factions. My favourite lists to fly are bombing lists.

Retrieved from "https://xwing-miniatures-second-edition.fandom.com/wiki/User:Zuvio?oldid=17985"
Community content is available under CC-BY-SA unless otherwise noted.